MARCEL AELBRECHT with his FAMOUS BAK 17

Welcome to my channel l Pekeng Ilokano channel is about History of Racing Pigeon of World Famous and Legendary Pigeon Fanciers.

All the videos, songs, images, and graphics used in the video belong to their respective owners and I or this channel does not claim any right over them.

1999 Marcel Aelbrecht could claim that his breakthrough in the highest pigeon sport circles was definitively a fact – although Marcel himself was far too modest to say such a thing himself. Indeed, when journalists summed up his achievements usually his only comment was “I can’t complain, they did well” followed by extensive praise for the people who helped him reach the top, such as Etienne De Rauw and Frans Sablon. Modest or not, in 1999 Marcel won the prestigeous Flanders Cup (1st Golden Champion and 1st Prince in a club with 1481 members, many of them Belgium’s finest fanciers), clocked a 19th National Perpignan (26th International against 17601 pigeons) and became 6th National Champion KBDB Long Distance with the first two designated birds and 6th Best Loft in the competition of pigeon sport magazine “De Belgische Duivensport”. All of this despite the fact that he had lost his first three designated birds on Montauban – a disaster for such a small loft. The early years of the new millennium continued in the same vein:

Copyright Disclaimer- This channel used some contents for educational purposes under fair use. Copyright Disclaimer Under Section 107 of the Copyright Act 1976, allowance is made for "fair use" for purposes such as criticism, comment, news reporting, teaching, scholarship, and research. Fair use is a use permitted by copyright statute that might otherwise be infringing. Non-profit, educational or personal use tips the balance in favor of fair use. Image Collected from Google.Com. Information Collected: Google.com
Log in of aanmelden om een reactie te plaatsen.
Wees de eerste die een reactie plaatst.

MARCEL AELBRECHT with his FAMOUS BAK 17 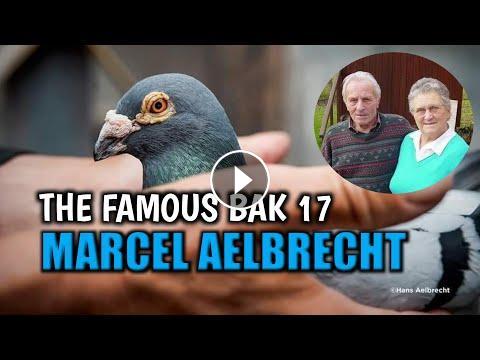 Welcome to my channel l Pekeng Ilokano channel is about History of Racing Pigeon of World Famous and Legendary Pigeon Fanciers. #Aelbrecht #Bak17 All ...