Golden Algarve OLR (PT)
Final stars and Ace Pigeons
The Portuguese Golden Algarve One Loft Race is a fantastic yearly event for International pigeon sport. Fanciers from across the world make the trip to see their favorites battle for honor and a total of over 1 million Euro in prize money! Late July, the first training flights were scheduled which ended on August 20th with a toss across 120km. Hereafter, the ace pigeon program started with races of 170km, 205km, 230km, 300km and 500km during the final of October 1st. Where training 1 still counted 6,807 participating pigeons, 3,622 pigeons were basketed for the final race. The final across 505km was selective, with the first pigeons reaching speeds of just over 1200 m/min and 600 pigeons returning to the lofts on the day of release. In this auction on PIPA, the stars from the final and the ace pigeon competition will be on offer; strong pigeons, often with a renowned background. 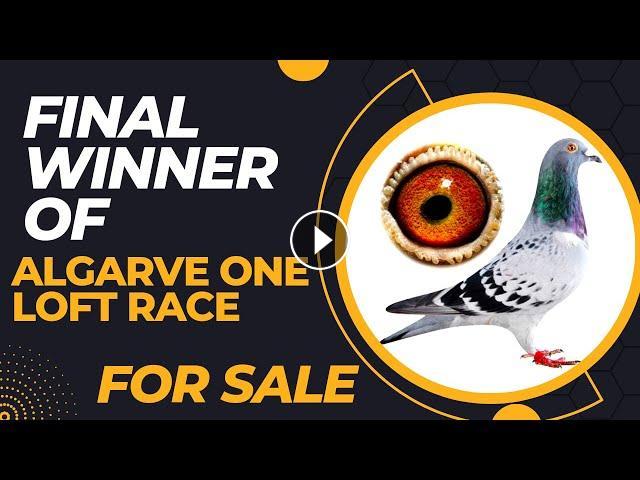