Recently, British media reported that a Chinese businessman threw a one-year-old Bolt pigeon at a pigeon racing auction in Belgium for 310,000 euros (about 2.45 million yuan).

According to the British Guardian, Bolt pigeons are named after Bolt, the Olympic men's sprint champion, because they fly as fast as lightning.

The latest auction price also broke the record of 250,000 euros (about 1.98 million yuan) set in January 2012, making Bolt the most expensive pigeon in the world.

According to the report, the auction was the auction of 530 racing pigeons collected by Hilmans, a 66-year-old Belgian pigeon breeder. As a result, the whole auction earned 4.3 million euros (about 34.07 million yuan), more than double the highest record set last year.

The report quoted the president of the pigeon auction house as saying that the pigeon auction attracted bids from more than 20 countries around the world, of which 9 of the 10 most expensive pigeons were bought by buyers in mainland China or Taiwan.

According to reports, Belgium is a world-renowned pigeon-raising country. At the end of World War II, the Belgian Pigeon Alliance had 250,000 members, but now pigeon enthusiasts have been reduced to only about 27,000.

But at the same time, on the other side of the earth, breeding pigeons is becoming more and more popular. It is estimated that there are currently 300,000 pigeon racing enthusiasts in China.

However, the president of the pigeon auction house said that the Bolt pigeon bought by Chinese merchants will be used for breeding instead of participating in flight competitions.
Log in of aanmelden om een reactie te plaatsen.
Wees de eerste die een reactie plaatst. 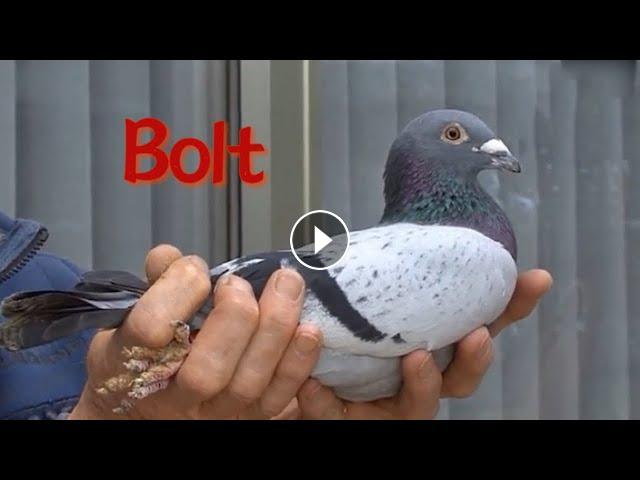 Recently, British media reported that a Chinese businessman threw a one-year-old Bolt pigeon at a pigeon racing auction in Belgium for 310,000 euros (...