Join this channel to get access to perks:
https://www.youtube.com/channel/UCGaHd2zOQfYJVXj2uWmZaYQ/join

Welcome to my channel l Pekeng Ilokano channel is about History of Racing Pigeon of World Famous and Legendary Pigeon Fanciers.

All the videos, songs, images, and graphics used in the video belong to their respective owners and I or this channel does not claim any right over them.

The origin …
The colony was first built up by father Roger, later-on he got help from his sons Chris and Jan and his son-in-law Patrick. Father Roger started with pigeon-flying in 1960. He bought pigeons at De Baere Brothers and Desmet-Matthijs.
Gradually Roger Reybroeck became a real talent on the middle long distance. Due to his chain results in the sixties and seventies he got a good reputation in the world of pigeon-flying. He also became King in “De Maagd van Gent”, one of the strongest societies of the country. Later he changed to the great middle long distance.
It was only from 1987 on that he chose for the (very) long distance.
The base of the house was interbred with the strain of Stichelbaut, Janssens Brothers (from the 019-line), but also names such as Imbrecht, Willequet, Roossens, Deweerdt have contributed to the creation of the strain.
During the last years they supplied reinforcement from Florizoone (via Van Coppenolle), Georges Carteus (via Cyriel Martens) and Louis Deleus.
But they also got strain from Dutch overnight champions like Wim Muller, Bakker & Son (Rode Van der Wegen-strain), Kuijpers Brothers and Cas van der Graaff.
And surely we cannot forget to mention the contribution of the famous “Barcelona” of Eddy Korsten from Moerbeke-Waas, which has Muller, Aarden and Van Wanroy blood.

Copyright Disclaimer- This channel used some contents for educational purposes under fair use. Copyright Disclaimer Under Section 107 of the Copyright Act 1976, allowance is made for "fair use" for purposes such as criticism, comment, news reporting, teaching, scholarship, and research. Fair use is a use permitted by copyright statute that might otherwise be infringing. Non-profit, educational or personal use tips the balance in favor of fair use. Image Collected from Google.Com. Information Collected: Google.com
Log in of aanmelden om een reactie te plaatsen.
Wees de eerste die een reactie plaatst. 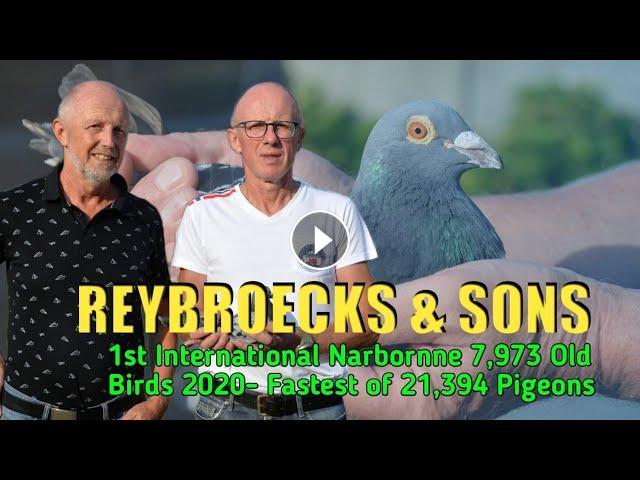 Join this channel to get access to perks: https://www.youtube.com/channel/UCGaHd2zOQfYJVXj2uWmZaYQ/join #Reybroecks Welcome to my channel l Pekeng Ilo...